I let out a laugh reserved only for the truly insane when she told me that I’d thank her one day. The look on my face was not just one of those nervous expressions but the kind that you’d normally see on the face of someone who had just caught a sharp glimpse of his detached self in the mirror and realized he’d never be quite the same; he probably never was what he thought anyways. The feeling of being in the same body, in the same place and with the same person but with the circumstances completely changed made it a difficult concept to consider. How could I have dodged a bullet when it feels like it made direct contact to the center-left of my chest, the blood emptying itself as quick as the time had gone by? At that moment I thought that she was just saying anything it took to make herself feel better about extracting me with expert precision from her life. The words, though meant as some type of consolation, didn’t mean much coming from someone who had spent the last year building a new castle to be the queen of while I was left cleaning up the remnants of a failed kingdom.

Days became weeks and then grew into months while the sting set in and I plotted the day when I would be able to tell her truthfully with a catalog of evidence that she was wrong. My notes, bound inside a special part of my brain reserved for hurt which seemed to grow exponentially over the years, were clear and well documented. My life was over I thought, as if I had died a premature death but still walked the streets as a ghost so as to eternally experience the life I was supposed to live with a substitute for me walking in my shoes. What a sight it was inside my head to imagine perpetually viewing a screen of heartbreak which would seemingly never end. The winds of thought ramped up to hundred kilometre per hour pitch and I was the only one blowing away into the distance. You see, everyone else had the weight of life inside of them and my soul had once escaped and never came back home. I didn’t even know it was missing until it was almost too late but when I realized it there wasn’t much of an instinct to go look for it.

A jasmine yellow star shone down one day just before it was too late and a path illuminated by effervescent dreams was created before my eyes. I wasn’t sure where it was to lead me but a fallen angel in the sky gave me the push I needed to start my journey at once. Along that path, lined with purple grass and green flowers, I saw that nothing had to be the way I thought it did. Even the sky was red while my blood had turned blue instead. In a world where thoughts had tangible weight, my soul seemed to slowly return with the ability to nourish itself carefully and correctly. The past became a distant memory that shaped the future and the guiding blue light to match the liquid life running through my veins was all that was needed to reassure me that my story was not over and it had likely just begun.

After all, she was right and I thanked her with a silent message transmitted through a time warp that I could finally close in favour of one anew. 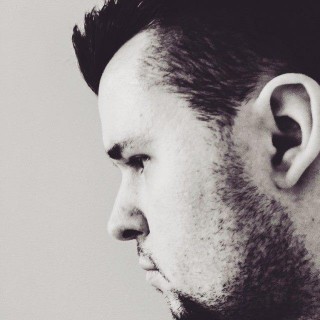